a video from Yves Behar, the designer of the 100$ laptop

According to TravelCLICK >>>
Pubblicato da Lorenzo Cantoni a 2:44 PM

senza parole (done by students of the Master in Communication Technologies) 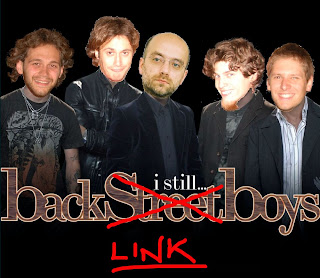 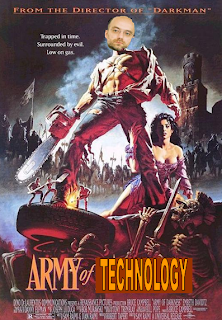 Fast Prototyping as a Communication Catalyst for E-Learning

HERSHEY, PA – December 14, 2007 – As we say goodbye to another year past, we wanted to inform you on IGI Global’s most popular titles for 2007 – outstanding books to add to any library! We enthusiastically announce our top 20 best sellers for 2007 from IGI Global:
[...]
2) Online and Distance Learning: Concepts, Methodologies, Tools, and Applications (6 Volume-set)
Collecting research in over 300 chapters from some 800 international contributors, this title provides case studies, research, demonstrations, and practices on online and distance learning.

the new website of the University of Lugano / Università della Svizzera italiana is online!
and links my blog
Pubblicato da Lorenzo Cantoni a 7:01 PM

The Use of Internet Communication by Catholic Congregations: A Quantitative Study

on Forrester, by George F. Colony, six things about marketing in the world of Web 2.0 that the CEO should know >>>
Pubblicato da Lorenzo Cantoni a 11:29 PM

The International Review of Research in Open and Distance Learning

on NYT: "On Tuesday, JetBlue Airways will begin offering a free e-mail and instant messaging service on one of its planes, while American Airlines, Virgin America and Alaska Airlines plan to offer broader Web access in coming months, probably at a cost around $10 a flight." >>>
Pubblicato da Lorenzo Cantoni a 5:54 PM

from Click Forensics™, Inc.
"The Click Fraud Network™, which more than 4,000 online advertisers and agencies have joined. The Click Fraud Network provides statistically significant industry PPC data collected from online advertising campaigns for both large and small companies across all the leading search engines. Key findings from data reported for Q3 2007 include:
- The overall industry average click fraud rate was 16.2 percent for Q3 2007. This is an increase from 13.8 percent for the same quarter in 2006 and from 15.8 percent for Q2 2007.
- The average click fraud rate of PPC advertisements appearing on search engine content networks, including Google AdSense and the Yahoo Publisher Network, was 28.1 percent in Q3 2007. That’s up from 25.6 percent for Q2 2007, 21.9 percent for Q1 2007 and 19.2 percent for Q4 of 2006.
- Over 60 percent of traffic from parked domains and made for ad sites was click fraud
- In Q3 2007, the greatest percentage of click fraud originating from countries outside North America came from France (4.2 percent) China (4.1 percent) and Germany (3.7 percent)."
see the full press release (in pdf) >>>
Pubblicato da Lorenzo Cantoni a 5:51 PM

an interesting research on Wikibility

View Upload your own
a master thesis by Vincenzo Cammarata, a student of my university.
Pubblicato da Lorenzo Cantoni a 6:41 PM

More Than One-Third Of U.S. Pre-Teens Have A Mobile Phone